Ramonda Hammer – Whatever That Means 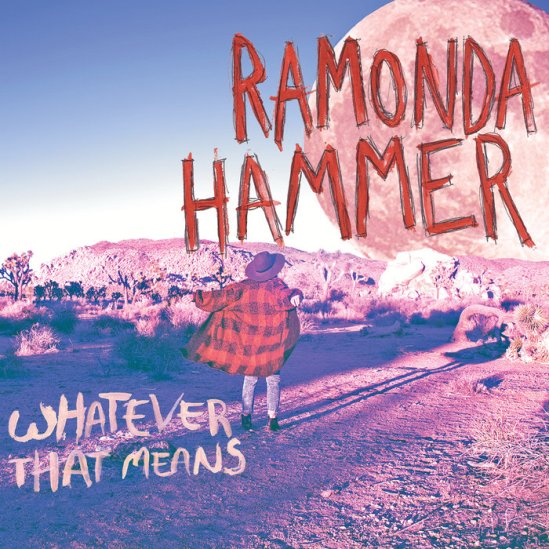 This band really did something for me this year, although I don’t have a particularly good idea of what that something actually is. I saw them the first time with zero expectations, and their music struck me in a way that doesn’t normally happen. They’re all amazing performers, as skilled as they are energetic and committed, but there’s also something more, behind the technical aspects. I guess it’s what you’d normally call “heart,” but I usually try to be a little more precise than that.

Straight guitar lines and consistently anguished vocals give the songs a basic angst-ballad backbone, but there’s quite a lot going on on top of that, fleshing them out in many directions at once. Lofty and spacious lead guitar parts add both precision and intensity, expansive drumming pushes outward as well as forward, and the bass jolts up and down to stitch everything together. It’s all in the service of broad song structures that reach out as far as they can while still holding solid (the closer is at least three different songs fused together). In a sense, there’s nothing notable about any of this, it’s what is conventionally referred to as a “rock band,” but that concept is a real concept that exists for a reason. It’s four different people doing different things that, through physical and emotional intelligence, resolve themselves into one thing that could not have been created in any other way. I think now is a good time to remember how this works and why it matters.

And while the sound is somewhat complicated, not so much leading you down a path as overwhelming and then gradually devouring you, underlying it all is an extreme simplicity. “Angsty” doesn’t really do the vocals justice; the singer pretty much always sounds like she’s in between crying jags. Opening the album with the words “It’s hard to explain myself,” the lyrics are often very basic sentiments, drawn out and awkwardly phrased (“I make sounds and I make them sound good, but they might not be the thing”). “If, Then” moves slowly, emphasizing the indirectness of its title, but this is where it ends up:

If you’re hearing this song, then I’m something

If you’re singing along, then it’s something

I’m not the only one who feels like nothing

Except that then the album is also conflicted on this point. “Goddamn Idiot” concedes that “these are just my thoughts; they’re not always right, but they’re always loud,” “See” specifically accuses itself of a lack of depth, and then “Out of Style” is an extended metaphor. The result is something that’s completely straightforward, while also being, in the same sense, hopelessly tangled. It’s all loud and grungy and anxious, but it’s also got a real dramatic sweep to it – not in any kind of epic sense, just in the sense that it’s the inherent drama of being a person. “Just know that I’m trying, I promise.”

None of this is actually what I’m trying to figure out, though. Analysis is all fun and games until you realize you have no idea where you’re going with it; you can explain everything right up until you get to the part that matters. But for now I’ve got about a third of an idea. “Chaotic” has been popping into my head a lot. The line is “if it’s not chaotic, it’s not real,” which first of all is literally true. The universe is just a big pile of objects; “order” is something that we impose on top of it, while the things themselves remain as they are, impervious to our attempts to understand them. Reality always slithers out from under our concepts. Accordingly, within the song, the line is a little difficult to decode – it’s drawn out and dramatized such that the cadence and the meter are both misleading, and it’s followed up by a wordless version of the same howled phrase. So when the song comes into my head it’s not as an idea or even in response to anything in particular. It’s just a sound, a raw sensation that’s inside of me. It’s a new part of you that’s going to be with you going forward. Even if you don’t know what it means.