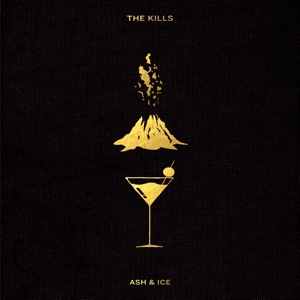 Descriptors like “mature” or “confident” are classic faint praise, so I’m going to have to come up with something better, because this is actually a great album. The Kills have always stuck to their guns, and that doesn’t change here, but this is the album on which they become more than themselves. One way to make transcendence work is to keep doing your thing so hard that it ends up having no choice but to become something else, to embrace your chains to the point that they stop being chains. This is a Transcendence Album.

The songs tend to open with out-of-context techno beats (on “Let it Drop” this almost amounts to trolling) before the guitars whip them into shape and the neck-breathing vocals draw them close. But this doesn’t turn them all into the same thing; in fact, the songs are wildly diverse to the point that the album almost feels incoherent. It jostles left and right between radically different tones – distant disco on “Hard Habit to Break” gives way to harsh soul on “Bitter Fruit,” and then to a weirdly dazed march on “Days of Why and How.” The second half brings the slowness with the arhythmic blues of “Hum for Your Buzz” and the passionate (negative) simplicity of “That Love,” alternating with the punchy desperation of “Siberian Nights” and the menacingly dense “Impossible Tracks.” And there’s never a big moment that brings things into focus; it builds intensity only to jealously hoard it. There’s nothing inaccessible about it, but it’s inconvenient enough that you have to take it seriously.

But there’s a deeper level on which the album coheres, on which all of its twists and shards are ultimately one thing. It aims less to slash or bludgeon and more to get under the skin, or even to haunt, to get too close for comfort. “Silence is the loudest shot.” For starters, this is an album about the meaning of constraints. It “wants strings attached, unnatural as it feels.” At the same time, it claims to be “easily led,” “by whatever you like,” but its stylistic stubbornness suggests that this is more like a horse being led to water and refusing to drink. Staying where you are, or giving yourself to someone or something else, or holding onto something regardless of whatever else happens are all choices, and every choice is a constraint. “I never took off my chains; they never took my colors.” And there are a lot of different chains in this world: loyalty, compulsion, circumstance, intimacy, fear, and death. “Doing it to Death” is really the opposite of what you would expect – far from being a passionate commitment, it’s practically resigned, the loopy rising-and-falling guitar line evoking the nausea of eternity. “When the waves come, you face them, and you know we can’t stop it now.” But you can also just keep doing it, “night after night after night,” even if “the plans we’re making are the shape of things that never come.”

Maybe you can tell that I don’t actually have this figured out all that well. That’s the thing about an album like this, though. You can keep coming back to it and keep getting turned around in different directions, and you don’t even have to be looking for anything. The gorgeousness of obvious closer “Echo Home” fakes a serene and uplifting ending, because it’s not actually the closer. It’s followed up by the extreme crescendo of “Whirling Eye,” which doesn’t feel like any kind of ending at all. It just keeps building up intensity towards nothing, like the whole thing is just the pressure drop presaging the real storm.