Waxahatchee – Out in the Storm 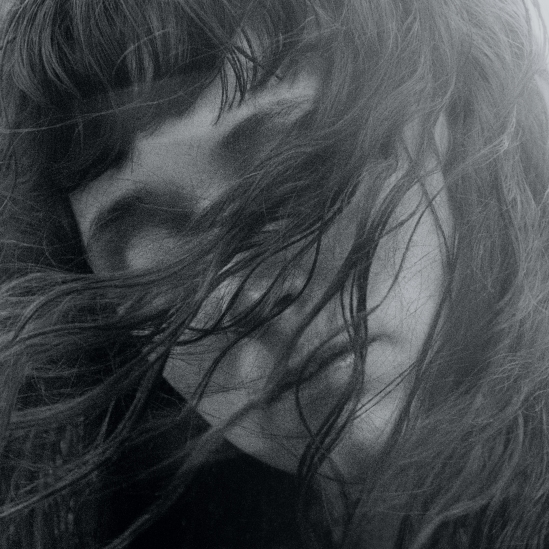 I originally felt that what was good about Waxahatchee was the arrangements – that is, the basic hyper-raw stuff was, like, fine, but it wasn’t all that compelling until it was formed into interesting songs. Then I saw her do a solo set that was totally amazing, and it completely reversed my viewpoint – the most basic aspects of her songs are what really weave the magic. So hearing this album after that was kind of A Thing, on account of a) it’s a polished and professional rock album, so it’s both highly stylized and completely straightforward, b) the demos were all released alongside the album, so you also have all the songs in their elemental forms, and c) it’s actually about changing perspectives.

The thing about the demos is that they make it very clear that the whole of each song is already there at that point. With rock in particular you’d think that you don’t have it unless you have the big sound, but the demos clearly have it. The two notes and the vocals on “Recite Remorse” actually are the whole thing. Of course, the importance of the vocals is far from trivial – they don’t have any particular gimmick or even complexity to them, but Katie Crutchfield’s plain-sounding voice is deceptively powerful. But it’s also the majesty of structure, the way that, when you have things organized in just the right way, you barely need anything at all. So this is almost like a white paper on songwriting; you can see the whole thing being built from the ground up.

And yet, as much as it all sounds like everything coming together, it’s actually about things falling apart. It’s a calm and dignified act of coughing up blood. With the extreme amount of polish and professionalism, as well as rock being particularly suited to expressing confidence, the heavy self-abnegation and even shame in the lyrics comes across very strangely. The singer here is someone committed to her own smallness and vulnerability, while the foil she sets up for herself consists of overbearing self-assurance. The album opens with “Never Been Wrong” as a criticism of the kind of person who promotes “narcissistic injury disguised as masterpiece,” and the singer’s complete admission of her failure here (“I got lost in your rendition of reality”) ends up being her active defense. Recognizing that “I could have fought with you forever and never break through,” she chooses to quit the war for order and let go of comfort. The album’s straightforward and even placid nature ultimately forms a commitment to chaos: “I went out in the storm, and I’m never returning.” This decision isn’t made in resignation, as grim acceptance of an unalterable reality, but as a positive choice, as the actual right thing.

“Sparks Fly” is the center from which the rest of the album grows out. The fact that the song doesn’t sound at all live-wire-y physicalizes the conclusion that things aren’t just how they feel to one individual. Electricity is a potential difference; it doesn’t arise by itself from one particular type of material, it happens when wires cross, or when things strike together. It’s by changing her perspective, by “seeing myself through my sister’s eyes,” that the singer is finally able to make the choice to stay unreconciled – which includes the irreconcilability of other perspectives, the absolute inability to get through to some people, and the necessity of dropping dead weight. “I know you don’t recognize me, but I’m a live wire, finally.”

While this is Full Goth, it’s also a triumph of musicianship. Its affect is completely stereotypical, but instead of trying to evade that, it just does it so well that it stops mattering. Everything you’ve heard before – haunting vocals, pummeling industrial beats, grinding guitar noise (even the occasional growly monster backing vocal) – comes across in new, shining relief. What makes this work is not its otherworldly affectation, but its otherworldly precision. Constantly balanced on a knife’s edge – just fast enough to feel, just comprehensible enough to compel, just loud enough to hurt – it forms its pain into a perfect circle, wielding pretension like a knife that carves chaos into violent beauty, to the extent that even ending with a mad rambling breakdown feels like the right thing to do. It is precisely by choosing a hill and dying on it that it creates a new world to explore, drawing in rather than reaching out. The fact that it knows where it stands means that it doesn’t have to meet you where you are, because it’s capable of forcing you to care.

As advertised, this is bad-times music for living in bad times. The overt despair goes all the way over the top, delivered with a heavy-handed fervor that transforms Numan’s characteristic malaise into near-Wagnerian apocalyptic thundering. Despite Numan’s pedigree, it’s not particularly experimental. It’s a big industrial pop album – not obvious enough to be simple genre work but also not particularly weird (there aren’t any rape machines on it, at any rate). There’s still something to be said for professionalism, though. The emotional effect, though unavoidable, is rather strongly offset by the tight construction and brilliant sound. In fact, it’s more than offset, and this ends up casting it in an interesting light: listening to the straightforward declarations of misery in the lyrics doesn’t actually feel miserable. Whereas The Pleasure Principle, for example, is a cute and quirky album that’s actually despair-inducing, this one is blatant wallowing that ultimately manifests itself as, shockingly, joy. This isn’t super confusing; a well-executed sad song isn’t actually sad, it’s a celebration of human potential. But the contradiction – the fact that this explicit paean to misery is in fact one of the most elating and life-affirming things anyone’s done in a while, not merely at the same time but as the same thing – still tells us something important. After all, another term for “apocalyptic” is “religious.”

This completely twee and cutesy electronic album is more punk than most punk music. It’s brimming with full-force impure creative energy and locked on to the heart of the world. In the midst of its wobbling beats, incomprehensible lyrics about ellipses, and HOT THEREMIN ACTION, it remains searingly energetic and relentlessly inventive. Despite its consistent sound, it’s surprisingly all over the place in genre terms, flitting between parallel-universe disco and peppy hardcore. Of course, the point isn’t that there’s a disco song and a hardcore song, the point is the opposite: that the work isn’t constrained in those ways. You’re welcome to apply whatever descriptors are helpful to you, but the album’s style makes it unavoidably clear that those applications happen after the fact, as ways of getting a handle on things that themselves only exist as themselves and not as concepts or representations – which is precisely the value of abstract art. (I mean, music is necessarily abstract, but conversation-style lyrics and recognizable aesthetic structures can partially de-abstractify it, which is the problem with those things.) It’s also in this sense that the clearly collaborative nature of this work, with its mixture of sounds and rotating vocal parts, matters: something like this doesn’t arise from unmediated individual subjectivity, but rather through the mediation of working with other people in order to make things physical. (This aspect is impossible to miss live, when they’re all constantly switching instruments and helping each other set things up.) It’s a sneak preview of the way that it’s possible for the world to work, if we can ever get any of this together – as well as a practical demonstration of the fact that, actually, sometimes we can.

An extremely odd and, yes, twitchy album made by pop-rock experts, this is the kind of thing you might describe as “challenging,” but I think the implicit contradiction makes that not accurate. It’s honestly fairly unpleasant to listen to; while not explicitly off-putting in the no wave sense, it’s clearly not trying to make itself appealing to anyone in particular. It doesn’t have any real flow and there’s a lot of weird warbly stuff all over the place. The vocal lines have kind of a slogging monotony to them, and the lyrics are bizarre in a way that’s more distancing than expressive. But the fundamentals are solid enough that at the same time it feels very put-together and even sort of weirdly calming, like a strange sort of meditation. Its untouchability imbues it with a quiet sort of power, something small and crooked but nevertheless insistent in its one particular way. I don’t know why, but I’m pretty sure this sums it up:

Sitting with the engine on, the light is pouring out

Everybody’s looking for ten dollars on the ground

There’s a fading in and then a fading out

God’s food is being spit out of his mouth