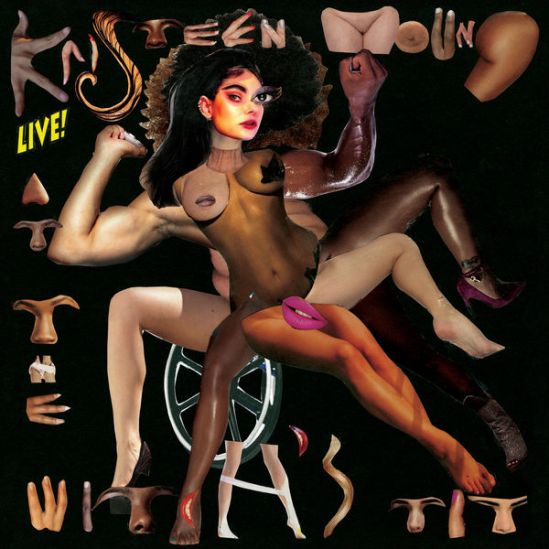 The implication that this is an opera set in hell is pretty much accurate – it’s theatrically intimate, as clear as it is confusing. The furiousness of this album is not the shallow shoutiness that characterizes typically “negative” music but is rather a deep and abiding bitterness distilled into paralyzing venom. It’s a serious work whose depth merits its execution (even on the joke song). The vocals are a complete tour de force, screeching, thrashing, and soaring in all directions with precision insanity, huge basslines bulk the songs up to a monstrous amount of presence, and the way the drums snake together the disparate parts of each song, maneuvering through transitions and holding on to misshapen rhythms without relinquishing their own thundering intensity is beyond impressive. Even the production, which is often a strong presence (uh, this isn’t actually a live album, if you missed that) is extremely smart and well-deployed, substantive while also respectful towards and in service of the personality and emotion that constitute the core of each song. So it has the advantage of sounding great (Young really is a hellaciously powerful singer), but it’s extremely resolute about not letting you get comfortable. The songs don’t have tempo shifts so much as a completely alien sense of pacing that supports the off-message biliousness of the lyrics. It’s the perfect inverse of go-nowhere empowerment bullshit: it’s productive hatred, a flashing claw backed by tense muscle, coalescing around the one actual source of victory, shining in plain sight through the darkness: “You always win everything, but you lost me.” 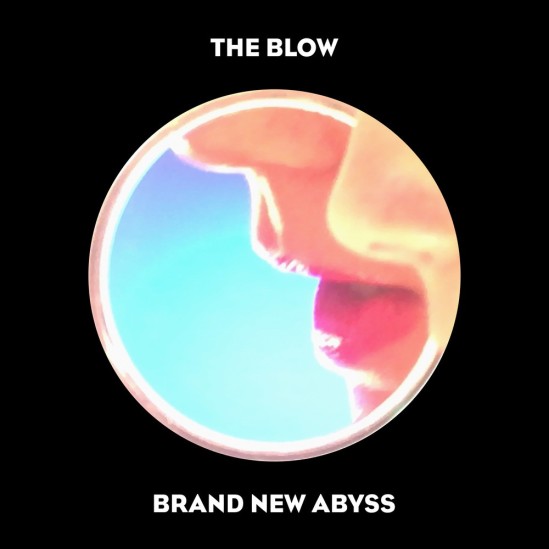 This is legitimately brilliant. It’s a minimalist electronic album that uses modular synthesis to generate a unique set of sounds for each song. This completely evades the trance/club rut that electronic music often falls into and fulfills its original promise of using new sounds to stimulate previously unrealized emotions. The vocals seem rambly at first but they actually move with just the right rhythm and speed to fill in the empty spaces in each song (that is, not all of them, but the right ones) and make everything come across as full and real and not experimental. Content-wise it covers quite a lot of ground – most notably, “The Woman You Want Her To Be” is probably one of the better explications of feminist theory that anyone’s ever fit into five minutes. At the same time, none of this slides too far into professionalism. Some of the sounds and lyrics are flatly goofy (as in literally “I believe the children are our future”), so while it’s smooth enough that it doesn’t come across as a puzzle, it refuses to connect its disparate dots. It stands firm on its own idiosyncrasy, to the extent of practically making a religion out of it. With the parameters of modernity forcing everyone into the same overcrowded conversation, this acts as a powerful testament to the value of insisting on your own standards. It makes everything seem possible. 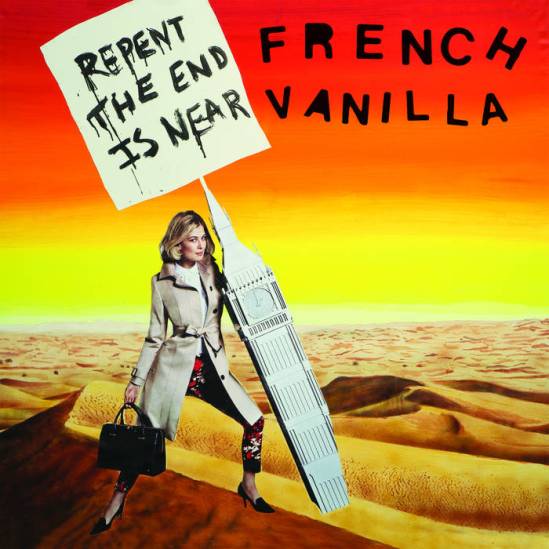 The James Chance comparison here is obvious, but it’s also nontrivial. Even now, this combination of wild sax, unhinged vocals, and destabilizing basslines feels like an argument against the established aesthetic order, and as much as I love basic punk garbage, it’s a convincing one. More than that, though, this album manages to be disorienting and disturbing while also being an unmitigated joy to listen to. “Carrie” in particular is just an all-around great song, stylish and awkward, engaging and off-putting, exactly as hilarious as it is horrifying. It cuts through a pretty wide swath of ideas, and the blatantly unserious tone, equal parts childishly playful and cartoonishly vicious, only makes it more thought-provoking. It’s a decisive strike at the old world that simultaneously reveals the new one that really is out there, waiting.

The now-typical dream-pop haziness of this album completely fails to disguise its inventiveness. There’s a solid single in “Dyson Sphere,” but it continues on to cut deeper with the slow burn of “Dancing Down the Hall” and the clean vertical lines of “Red Museum.” Smooth songwriting makes the songs flow effortlessly, but a persistent sense of choking nerve prevents their substance from getting lost in the fog. Connecting it all together are the vocals, which, though slight and wispy, thread an unbreakable line of quiet passion through the songs, gathering the haze around a solid core – something hard and real that’s just out of reach.

This one’s the other way around: the haze is internal. It’s a stylish and melodic album whose slick surface is riven by inner torment. It’s snarling at your throat the whole time, but the force behind them isn’t rage so much as it is desperation. Marrying neoclassic guitar-rock style to a wounded and resentful tone gives it stronger propulsiveness and makes its anxiousness crash through with full seriousness. Its ability to evoke depression and pain while being elating and even healing ultimately contorts it into an unexpectedly positive shape: “the gift of hell.”