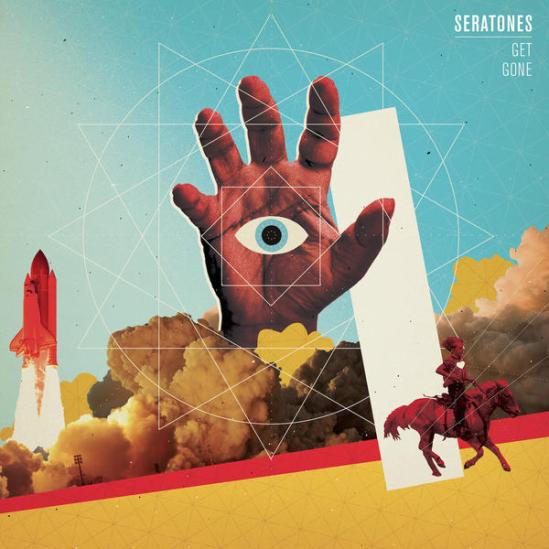 In addition to possessing strong songs and commanding vocals, this band is just immediately amazing on the level of raw sound. They’re at the extremes of both talent and intensity, and they apply those things towards something original and real. Like, really. This is one of the more “official” declarations I’m going to make here: this is an exciting new band that should by rights be going places. I mean, I’m not particularly optimistic about our society’s ability to recognize quality, let alone greatness, but also hot damn.

On both academic and impressionistic levels, this is an exhilarating combination of lots of different styles and sounds. Hardcore speed and noise, blues rhythm, metal solos, country smoothness and rich, resonant vocals are all pounded together and built up into something that sounds like the good parts of everything. It’s basically a super-drug. And it’s not just like “a bunch of different stuff”; it all works together as a new whole. It’s not a game of identify-the-influences; I’m actually not much of a historian myself. “You can feel it any way you like it.” You just listen to it, and it’s good. That’s why it’s worth bothering to do things like this.

So the band performs this synthesis on a basic sound level, and they do it over the course of the album, so you’ve got the thrash and rush of “Choking on Your Spit,” the calm flow of “Tide,” the long, tough swagger of “Get Gone,” and the slow and soft but also super loud closer “Keep Me,” and they also do it within the contours of each song. “Headtrip” cruises steadily into a wild solo and drum rush before closing off with a solid slam; “Don’t Need It” chills out and then swings back twice as twisted; “Take It Easy” is half what it says, with a second face breathing fire and glaring dread; “Kingdom Come” underlines its gospel tones with slamming rhythm and taut flair; “Chandelier” hits hard “like the rising sun” on the verses and “takes its time” on the chorus, with a stylish drum break setting up the final blow. The singer croons, shouts, shoots straight, rambles, laughs, and wails; the guitars are punk when they’re not classical and metal when they’re not bluesy; the drums can max out the speed, smooth out the tempo, or kick out the jams.

I’m not so gauche as to go overtly political here, but this stuff actually is sort of relevant to certain of our present situations, so I want to get at least halfway to making a point. I think we should try to focus on a little more on the fact that multiculturalism is not about fairness or noblesse oblige or what the fuck ever and is actually about actual greatness, and is furthermore about fun (they have a non-album song called “Necromancer,” which is so named because it raises the dead). This album doesn’t sound like some boring shit like “equality” or “diversity” or whatever; it sounds fucking awesome. It’s the same thing, though. This is the advantage we have as the people who are on the real right side of things. We can compel adherence to the truth. “You’ll hear me whether you want to or not and like it.” Not that you’re obligated to like this specific music or anything, but if you find yourself put off by things you can’t pin down, you’re doin’ it wrong. Being able to synthesize makes you stronger than simply sticking to one gun.

I don’t want to have to talk about this. It’s kind of insulting. Reducing experience to ideology gets it backwards, but things are already backwards; the only reason we have to talk about anything is because there’s a problem. I don’t know if there was ever a time at which things could have been done the easy way, but it is certainly not that time now. We need both things. “A bullet needs a gun to make a kill.” And we’re not going to get anywhere until we turn this around to aim forwards.

A slightly unsettling combination of proggy guitar noise, soft, hymnlike singing, and minimalist songwriting, this album works in a way that doesn’t conceptualize particularly easily. It’s slow on the whole, stretching just seven songs out with long intros and jam-like openness, but it has a deliberateness that keeps it engaging. And there’s nothing quirky about it; the contrast between the vocals and the guitars doesn’t prevent them from sounding like the same thing. It’s noisy without being obnoxious, confident enough that it doesn’t have to freak out the whole time, and soft without being dull, again confident enough that it doesn’t have to aggress overtly in order to make an impact.

Actually, what it really does is fuse what people normally call “softness” and “hardness” into one affect that’s deeper and more interesting than either of them separately. The vocals, delivering mystically indirect lyrics, have a quiet energy that assures their presence amidst the noise, and it all stays steady and temperate without boiling over or exploding. “Oriar” kicks it up a little to get things moving, while “Sudden Lament” dives and stays huddled, but they both hold to the same determined pacing. “Seventeen Landscapes” flows whispers into wails, “Faro” stretches out its noise to penetrate the whole song, “Rama” emerges out of a slow, underground cloisteredness to reach for the sky, and it all comprises a focused, holistic experience. Recommended for people who like listening to sounds that sound good. 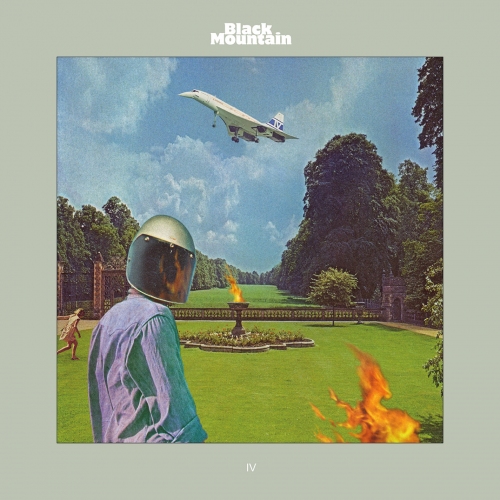 This deeply untrendy album opens alternating between quietly droning synths and blatantly cheesy metal riffs, as though intending to alienate every possible listener. A note in the album credits reads “For those concerned: there is both guitar and synthesizer on this album,” and this isn’t really that much of a joke. Its approach infuses a basic classic rock style with weird UFO noises, creating a sort of half-and-half affect that doesn’t afford an easy grip, and is on occasion actively disorienting. In a sense it’s sort of a synthesis of the worst parts of its influences: the ponderous drama of classic rock and the thereminesque quavering of old-timey electronica, topped with overdramatic, layered vocals that sound like they were recorded in a church.

But, you know, you can do that, if you want (the church thing, or any of the rest of it, whatever). Bad aesthetics aren’t actually bad unless you make them bad. What would make them bad is if this were some kind of formal experiment or, far worse, nostalgic counter-yearning, but that ain’t it at all. The nondescript title suggests that this is just musicians doin’ music, but it doesn’t feel that way. It feels like pain. Death is a direct and heavy presence, and it’s not the campy metal version. There’s more than one “dream of suicide,” and the dreaminess in general can plausibly be understood as a retreat – “we live our lives to escape.” But if that’s true, it’s a retreat to the right place – the place we need to be in order to regroup. “Blessed are the ones who still sleep,” but this is because you should “never let your waking eyes rule all that you know,” because there’s no other way to “transcend your frozen horizons.”

Which is not to say that any of this is overly theoretical. It’s big and instrument-rich without sacrificing any focus or power. “Florian Saucer Attack,” despite its hippie-baiting title, kicks the kind of ass that made people, or rather forced them to, care about rock music in the first place. “Constellations” stomps while also swirling; “Cemetery Breeding” welds pings and warbles onto a classic torch ballad while also “fucking in the graveyard.” “Crucify Me,” as you might expect, goes over the top on both trancey synths and uninhibited maudlinity, but there’s enough sincerity girding the overt theatricality to make even a borderline-simplistic message like “You Can Dream” resonate.

Which is to say that the other thing this album feels like is the truth, and it feels that way because it is something that “wants no part of their plan,” something that doesn’t pretend to revelation, but knows enough to “never trust squares when surrounded.” “It’s the hardest thing to learn while you bleed,” but “sometimes you just gotta lean.” It doesn’t “believe in suicide,” but that’s because, despite being “wrapped in a ball of confusion” (or “circumcised in debutante confusion”; the word actually appears on about half the songs), it does believe. Which is perhaps the more significant way in which this album ignores trends: it’s borderline Romantic. 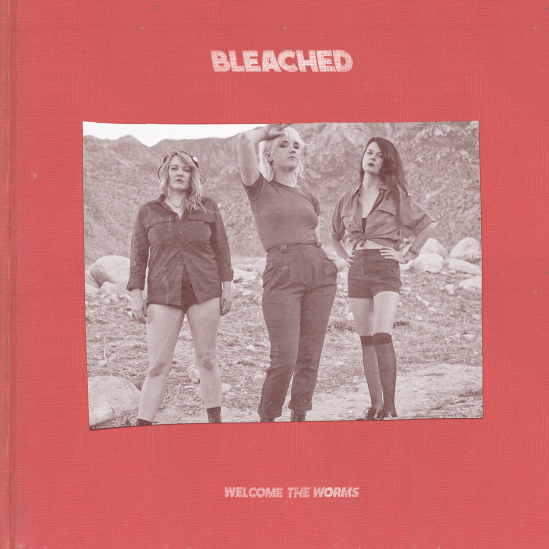 I’m not even going to try to make any kind of cute ideological point here. This is just super badass rock music. It opens with a haymaker and it keeps swinging. It’s got the good kind of harsh production that adds grit without impinging on clarity; the haze surrounding the vocals doesn’t prevent them from screaming out with daybreaking intensity. The drums crash mercilessly; the guitars charge ahead unrelentingly while also whirling and rising tornado-like into a perfect storm. It’s exactly fast enough to make you struggle to keep up without running you over; there’s enough going on that you don’t get complacent and you leave just short of satiated.

The songs are direct, but elevated with non-obvious twists and drop-offs. You think you know where each one is going, and you’re not wrong, but then a minute later you realize you’re feeling something completely different. The jerks and dives catch your breath in your throat like a rollercoaster. The fake ending on “Keep On Keepin’ On” is like a feint and then a sharp elbow while you’re already dazed. The chorus on “Sleepwalking” fractures as it repeats, going on too long to stay cool but holding together with raw determination before breaking off sharp with a tiny screech of remaining angst. Despite its completely straightforward Ramones-derived pop-rock approach, the album doesn’t feel even remotely repetitive taken all together, ranging effortlessly over the steady pounding on “Wednesday Night Melody,” the mouthy blitz of “Wasted on You,” the epic scope of “Sour Candy,” and the dark crawl of “Desolate Town.”

Emotionally, there’s a lot of sorrow and regret, but the forcefulness makes each song more than one note of popular expression. It isn’t as easy as just sad songs or angsty rock ballads. It gives what it’s got at multiple angles at once, creating immediate impact along with between-lines ambiguity and contradiction. It doesn’t need to get cute because it knows how to say what it wants to without looping around it. It’s efficient in the good sense of the term: there’s no empty space or wasted energy because everything is being used for what it needs to be used for. The way the vocals pull the music in different directions and the music grounds and empowers the lyrics is the exact reason rock music exists.

Because, I mean, that’s really the thing about all of this. You don’t need right answers or mystical genius or divine intervention. You need honesty and you need strength. Insisting on cleverness and innovation can paradoxically fuck I’m doing it already. Look, forget it. Just listen to the damn album, okay? And see this band live if you get the chance. Trust me.