Lady Lamb the Beekeeper – After

Lady Lamb the Beekeeper a.k.a. Lady Lamb a.k.a. Aly Spaltro is pretty obviously an extreme talent. I saw her open for Kaki King a ways back and she clearly commanded attention. Her first album, Ripely Pine, was at least a cut and a half above the heartrending singer-songwriter mold. It was great overall, but one track, “Bird Balloons,” was a wild outlier, a tour de force that somehow did everything at once. After is a much more diverse album on which every track is at that level.

This album is an embarrassment of riches: there’s the tight frenzy of “Violet Clementine,” the ironically hymn-like “Heretic,” the wistfully upbeat “Milk Duds,” the roaring sorrow of “Dear Arkansas Daughter,” and the intensely stoic “Batter,” which takes place entirely in the last second before death. Spaltro has a knack for extracting big emotions out of tiny, even trivial details; “Billions of Eyes” spins an entire narrative thread out of a split-second of eye contract on a train. She’s also got a penchant for tempo shifts that add new dimensions to already great songs.

The fact that someone this talented isn’t hugely famous makes it obvious that we don’t live in a functioning society. On the other hand, fame actually sucks for everyone involved, so it’s better to leave it for the deranged types who care about fame itself, and let people who are actually trying to do something get on with it. But this implies that things are okay the way they are now, and that can’t be right. 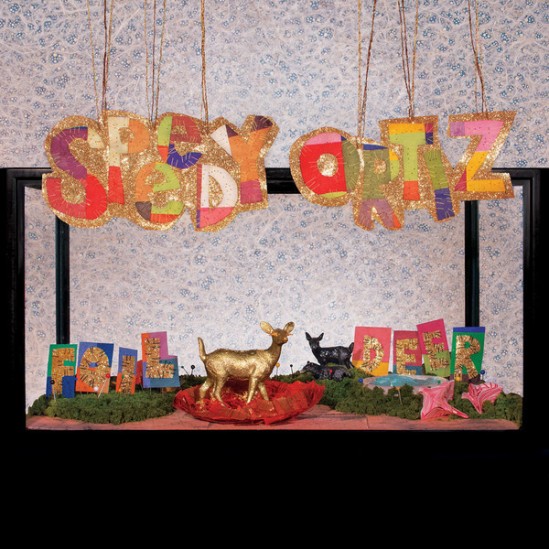 While “Raising the Skate” is the obvious standout here, clearly among the most badass songs in recent memory, it’s actually not very representative. As well as being pretty much their only “up” song, it’s the only one that relies on a big hook and short catchy phrasing. They generally prefer convoluted lines that loop back on themselves at unexpected angles (“I was the best at being second place, but now I’m just the runner up at being the second one you think of every day before you go back to one”). They’re a cerebral, sober band (“Ginger” is about not getting wasted), with expansive drumming surrounding a pillar of twisted guitars and dense lyrics. The “cerebral” part isn’t just an affect, either; the vocabulary level on this thing is genuinely impressive.

While they’ve definitely got a sound, this album is also fairly experimental. “The Graduates” has an awkward journal entry feel, “Dot X” is quietly chilling, and “Homonovus” weirds it up with some noise-rock action. Some tracks are less successful: “Puffer” and “Swell Content” strike out in opposite directions, but each only seems to get halfway to where it’s going. Still, the album’s wide-ranging unnervery is actually kind of uplifting, in its way. The ambiguous closer sums it up: “you gotta be clean and pretend like you wanna be clean to pull through in a dark world.”

Colleen Green – I Want to Grow Up

Everyone’s favorite minimalist defies fate with a full band and expanded songwriting prowess. Colleen Green flawlessly translates her Ramones-style pop sensibility into big rock songs that shine with honesty and unsettle with sincere darkness. While the simplicity of her approach has always masked her incisiveness, she reaches a new plateau here: this is both a kickass rock album and one that harbors some truly scary emotional intensity. Every track stands out in its own way, but “Deeper Than Love” is something else entirely, a psychological experience that should not be missed (pro tip: headphones). The intentional blatantness of the album’s theme plays off the feigned naivete of Green’s stoner persona to reach some seriously harrowing places. (More here).

Screaming Females pretty much sealed the deal with 2012’s sprawling masterpiece Ugly, so it makes sense that they’d follow up by simplifying a bit. They haven’t peaked yet, though. This is an extremely powerful band operating at their full capacity. They’ve got a perfectly clean three-piece rock band sound and they totally fucking wreck the place with it. They can do yearning (“Wishing Well”), anxious (“Broken Neck”), or anthemic (“Empty Head”), turn it all the way up (“Ripe”), or settle in for a slow burn (“Hopeless”). They’re as smart as they are severe, as technically proficient as they are totally weird. The only reason they aren’t the best rock band in America is because Sleater-Kinney is back.

Sleater-Kinney – No Cities to Love

You’re aware that this happened, right? Just making sure.

Okay, I guess I should say one thing. This isn’t a comeback. It’s the eighth Sleater-Kinney album. It picks up exactly where The Woods left off, and it continues the journey that makes their discography one of the great works of our time.

This is actually the least surprising Metric album. They’ve fully integrated the electronic aspect of their sound, such that they can pull shit like the flourishes on “The Shade,” the cartoonish chorus of “Too Bad, So Sad,” or the, uh, everything on “Cascades,” and it doesn’t come across as gimmicky. It just sounds like great songwriting.

Of course, they’re still unmistakably Metric, maintaining their high art vibe while also being completely direct. They’ve got enough range to manage everything from the somber “Fortunes” to the smirking “For Kicks,” and “The Governess” rounds things off with a classic Emily Haines tell-all.

This all adds up to the message of the album; it’s right there in the deceptively straightforward title. “I gave it everything, and I just wanted you to feel the same.” “Just keep going strong with whatever it is that’s compelling you on.” This is the world we live in, and this is the choice we have to make. Like I said, not a surprise, but sometimes it doesn’t have to be.

One more obvious one, although I kind of feel like an idiot trying to come up with something to say here. Wire’s revival is now three albums strong and it continues to be amazing how effortlessly they fit into the present. They sound both like they’ve been doing this forever and like they could have formed yesterday. Of course, this has a lot to do with the fact that they were one of the bands primarily responsible for setting off the great chain reaction some 35 years ago. I don’t know if any of this matters; I guess it means that good music doesn’t really care about history or expectations or anything. Yeah, let’s go with that. 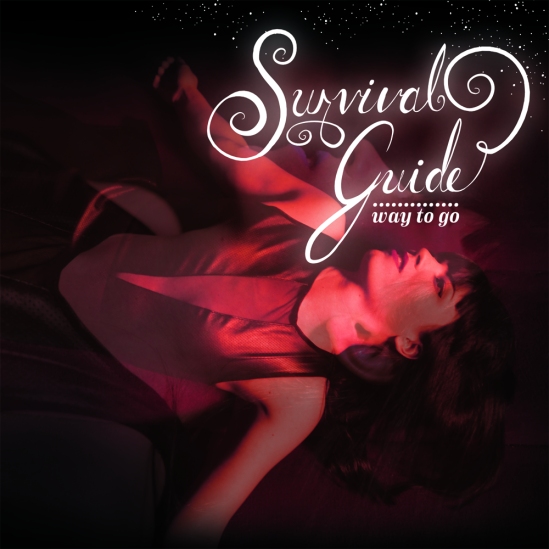 The first solo album from veteran rock singer Emily Whitehurst (although ex-bandmember Jaycen McKissick remains an important presence; his guitar work provides a sharp, subtle contrast to Whitehurst’s big bold vocals). She tempers her raw power here with extremely precise songwriting; each song is like a unique landmark in a haunted realm. Which is to say that, semantically speaking, the album is surprisingly negative, its pop sheen subsumed in a sea of darkness.

But it’s all ultimately in service of a deep, abiding strength. There’s no victory, but there is endurance. As the songs go deeper and deeper, the truth in Whitehurst’s voice shines forth, and the terrible weight of the universe sublimates into a real source of courage. Highly recommended for anyone who’s going to die. (More here). 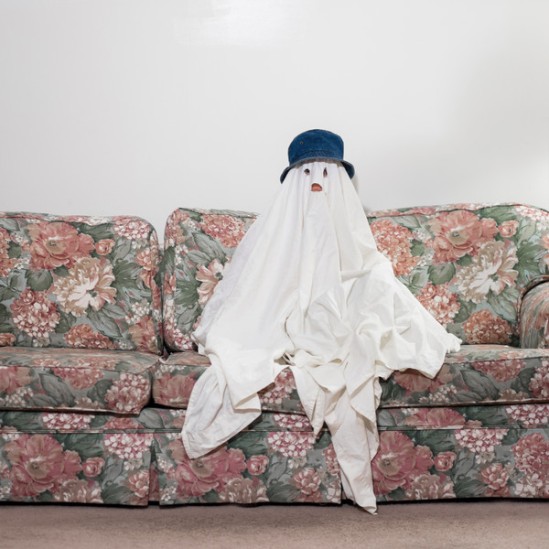 This is kind of a low-key rock album; you’ve gotta calm down and focus on the hookless lyrics and the Television-style interlocking guitar parts. This isn’t just an aesthetic choice, it’s the point. The fact that “Cool Slut,” for example, isn’t a party song prevents it from coming across as naive, avoiding the obvious pitfall of its argument. Here, it’s the aesthetic itself that’s asking “is it cool not to care?” While we’re a little beyond that question specifically, the approach is what ultimately embodies the album’s transcendence.

It’s not exactly wrong to say that Waxahtchee is your typical modern folksy singer-songwriter type of project, but that would be ignoring the fact that Katie Crutchfield’s songwriting abilities have been expanding at an alarming pace. She can evoke a lot with what seems like very little, and this album is all over the place in the best way. There’s a real immediacy here, a plainspoken vibe that belies the opaque lyrics and distant vocals. The best microcosm of the album is “<” – the title looks like it’s some weird art thing but it actually just means “less than,” the truth emerging as the song’s simplicity dissolves into chaos. 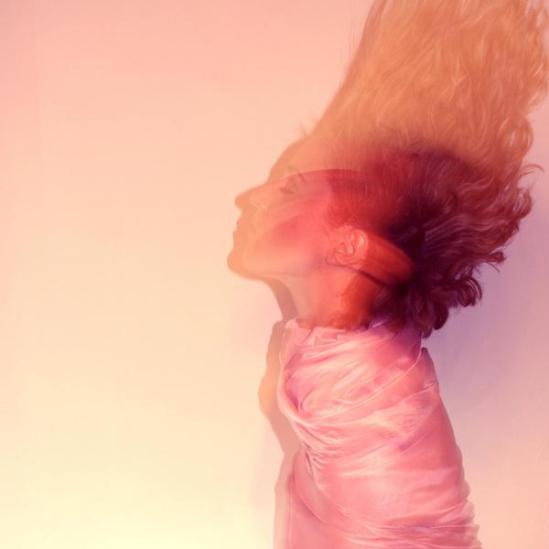 Their name is a little misleading, but EULA is a crazy sharp band making the kind of kickass, inventive post-punk that boring people are always saying doesn’t exist anymore. This album is about as creepifying as you’d expect one that opens with a track called “Noose” to be. In addition to having a general sanitarium vibe to it, the whole thing feels like it was forced through a mesh screen and reconstituted on the other side. I guess that makes it “not for everybody,” but that’s a dumb thing to say. You should really just listen to it.

I actually kind of forgot how good Wax Idols is until I saw them live recently. In addition to the fact that they totally wrecked my shit, their new stuff was deeply enthralling, danceable but also physically aggressive, like an unburied hatchet. Sure enough, American Tragic is a totally unbelievable album, as inventive as it is intense. It’s kind of a dance / goth hybrid, but it’s neither droning nor shallow, and it’s vibrant to the point of being intimidating. It’s a very focused album, one that melds a lot of different tones together in order to make a complex statement.

This album had enough of an effect on me that I’m going to try to write a thing about it. The short version is that it’s a Nietzschean affirmation of suffering, but, you know, the reason you take the time to explain things is so you don’t have to resort to saying stuff like that. [update: here].

Here’s one from out of nowhere. Penetration was one of the original punk bands – they released a totally great album in ’78 and then wound up in disturbing proximity to the dustbin of history. Despite being British and having songs with names like “Don’t Dictate” and “Firing Squad,” they operated much more in the American / Patti Smith tradition of punk as the good kind of rock music (they’ve got a faithful and excellent cover of “Free Money”). So, though great, they weren’t really a band that anybody was waiting for a comeback from.

But the worm of history turns, and here we are. What’s amazing about this album is that it really does sound like it shouldn’t exist; it’s entirely out of time, as though it came from a parallel universe where punk actually succeeded the first time around. It’s not trying to carve out a niche or prove itself or redeem anything. This also means it completely avoids the trap of lofty self-reference. It’s just good rock music, and it’s proof that what often feels like the inescapable present isn’t actually everything.

The subject matter of the second half does have its concessions to modernity, beginning with “Beat Goes On,” a reminder of why this album exists in the first place, and continuing through “Eye of the Storm,” which makes the unsettling suggestion that the apparent ennui of the current situation is in fact pent-up energy, the cords of existence drawing themselves tense, waiting for their moment to spring back.